Higher Global Hotel Prices for the Fifth Year in a Row 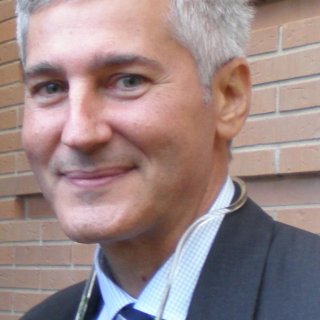 Hotel prices paid by travellers worldwide rose by 3% during 2014, as the global economy improved, according to the latest Hotels.com™ Hotel Price Index™ (HPI®)

The average price paid for a hotel room around the world rose by 3% during 2014 compared with 2013, according to the latest Hotels.com Hotel Price Index (HPI). The overall global economic recovery gathered momentum and consumers became more confident in raising their travel spending. Hotel prices have now experienced five years of steady price rises since they plummeted during the financial collapse of 2008/9.

Johan Svanstrom, President of the Hotels.com brand, said: Although the Index rose again last year, it is still way behind its peak of seven years ago which is great news for consumers. Each year is unique in the travel industry and 2014 was no exception, bringing its own opportunities and challenges. Global events, such as the Winter Olympic Games and World Cup, predictably attracted travellers to new destinations. Yet unforeseen tragedies, including the Ebola outbreak, the missing Malaysian Airlines flight MH370 and the loss of MH17 left their own mark.

Of the six regions in the HPI, the Index rose in four, was flat in one and fell in another. With a strong economy and rising Dollar, North America led the way with a rise of 5%, two percentage points better than its 2013 result.

Two regions reported 4% Index growth. The Caribbean achieved a new record, rising to 137, the highest yearly regional Index figure ever reached. This was fuelled by a stronger US Dollar as the Caribbean remained a firm favourite for US travellers. Secondly, Europe and the Middle East showed its fastest rate of growth for seven years, as many countries reported record visitor numbers for the year.

Latin America registered a 2% Index rise. World Cup hosts Brazil exceeded expectations when it came to its hospitality industry and the event was a unique opportunity for the country to showcase some of the top class accommodation and services it has to offer.

The Pacific showed no growth in its Index in 2014 but the continued weakness in the Australian dollar should mean that the region will attract more visitors in 2015.

For Asia, the Index decreased 2%. Over the years, the HPI has shown that Asia has long offered the best value destinations in the world and continues to do so.

Svanstrom continued: More than 1.1 billion travellers ventured abroad in 2014, up nearly 5% over the previous year[1], with the size of the global domestic travel market estimated to be four to five times this total. Tourism is a fiercely competitive and resilient industry with countries vying to attract valuable visiting travellers by improving infrastructure, expanding hospitality and entertainment options and relaxing visa requirements. Travel opens up both world and minds - so go explore.

Hotels.com is a leading online accommodation booking website with approx. 435,000 properties around the world through the Expedia® group network, ranging from international chains and all-inclusive resorts to local favourites and bed & breakfasts, together with all the information needed to book the perfect stay. Starting as a telephone service in 1991, the first website was launched in the US in 2002 with the first international version launched in the UK later that year. There are now more than 85 Hotels.com sites worldwide in Europe, North, Central andSouth America, Asia Pacific, the Middle East and South Africa, the majority of which are in localised languages. Hotels.com benefits from one of the largest hotel contracting teams in the industry, constantly working to bring more hotels to the sites and ensuring best value pricing for its customers with frequent sales, special deals and promotions. Regular customer e-newsletters provide exclusive offers and advance notice of up-coming sales. There are more than 11 million reviews on the site from users who have actually stayed in the hotels to ensure customers can make an informed choice when booking. Through its industry-leading loyalty programme Welcome Rewards available in all markets, customers can earn a free* night for every 10 nights stayed, subject to Welcome Rewards™ terms and conditions as set out at http://www.hotels.com. They can accumulate their 10 nights across more than 100,000 independent and chain hotels and redeem their free night* at more than 90,000 eligible hotels around the world, including many that do not have loyalty programmes of their own. Since launch, Hotels.com has rewarded its customers with more than one million free nights*. Under its Best Price Guarantee, if a customer can find a lower price on a prepaid hotel, Hotels.com will refund the difference, subject to the Best Price Guarantee terms and conditions set out on http://www.hotels.com . Travellers can book online or by contacting one of the multilingual call centres. A portfolio of apps for mobile phones and tablets can also be downloaded at http://www.hotels.com/deals/mobile enabling customers to book on the go with access to 20,000 last minute deals. Hotels.com is part of the Expedia group, the largest travel company in the world with an extensive portfolio that includes some of the world's best-known brands. Follow Hotels.com on Facebook, Twitter and on YouTube. © 2015 Hotels.com, LP. All rights reserved. Hotels.com, Hotel Price Index, HPI, Welcome Rewards and the Hotels.com logo are either registered trademarks or trademarks of Hotels.com, LP. All other trademarks are property of their respective owners. CST # 2083949-50

*The maximum value of the free night is the average daily rate of the 10 nights stayed. The free night does not include taxes and fees.

For more information, press enquiries or spokespeople for any global region, please contact the Hotels.com PR team at: