Social Media has a Growing Impact on the News #SMING15 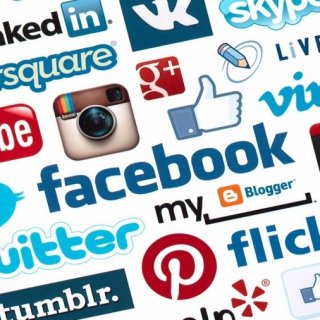 International media professionals agree: social media increasingly influences the news. American PR professionals in particular (80%) welcome social media as a reliable source of information, German journalists (32%) are the most sceptical. This can be concluded from the annual Social Media Impact (#SMING15) survey held by ING among an international group of journalists and PR professionals. Expectations are that real-time journalism will start playing a more important role and more than half of the professionals expect that checking the facts before publication will be done less and less.

Growing impact of social media on the news

In the US, 90% of the professionals feel that social media will have an increasingly bigger impact on the news. Even in Germany, where social media is least popular among professionals, 71% agrees. A large majority of international media professionals has noticed a considerable drop in the use of traditional media channels in their day-to-day work due to the impact of social media. PR professionals, more so than journalists, feel that traditional PR means, such as press releases, become less and less relevant. Organisations are also called less often to have information checked. News is put online and shared more often and faster. Not only by journalists, but also by consumers and professionals in a certain sector. The use of user-generated content such as pictures, videos and tweets will become more frequent, according to 77% of the media professionals. As such, the impact of real-time journalism and social media on the news is rising.

Although crowd-checking has already gained considerable popularity, international media professionals expect this to only increase in the future. Currently, crowd-checking is most popular in the US (72% of media professionals) and least popular in the Netherlands (53%). The survey confirms the expectation that media professionals will be less engaged in fact-checking: 48% of Dutch journalists think it is more important to publish the news as soon as possible rather than checking all the facts first. 67% of British journalists think the opinion of consumers on social media is more reliable than a statement by an organisation. American journalists are surprisingly conservative about publishing. Regardless of how reliable they think social media are as an information source, only 34% think publishing fast is more important than checking the facts first.

A striking aspect in the survey is the important role of blogging. In the United States and the United Kingdom in particular, writing a blog is hot; 80% of journalists in these countries write a blog. PR professionals are not particularly active bloggers, except in the US. Although a blog is not yet deemed overly influential, it is gaining ground. A growing number of media-professionals use blogs to collect information. After Facebook, German journalists use blogs the most to check information by reading responses or threads and by responding to these. In all the countries that have been researched and for both occupational groups, Facebook continues to be the most popular platform.

ING, with more than 8.9 million account holders, is one of the largest and most prominent financial service providers of the Netherlands. ING offers its clients convenience, value for money and personal advice. Both private and commercial clients can come to ING for financial products in the fields of payments, savings, loans, mortgages and investments. In addition, ING acts as an intermediate in insurances and pensions. ING is a Dutch part of ING Group, a global financial institution with more than 82,000 staff. ING group provides services to more than 61 million private, commercial and institutional clients in more than 40 countries in Europe, North America, Latin America, Asia and Australia. ING Bank N.V. has its registered office in Amsterdam, Commercial Register no. 33031431.

For further information and (royalty-free) images and and videos, visit http://www.ing.nl/nieuws or follow us on Twitter: @INGnl_nieuws